fiction and other writing

Book Review: Never A Hero To Me by Tracy Black 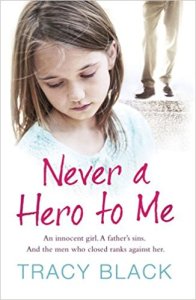 This is a moving real story that is well written. Having said that it was difficult to read because of the content. You wanted to reach into the book and rescue the child from the dreadful father, rather unpleasant mother and not very nice brother. What made it worse was when the father betrayed his daughter to his friends.
For anyone needing to understand about child abuse, this is the book to read, as it shows that outsiders had no idea of what was going on. It also shows us the importance that children should be listened to and believed, which was not the case with the social worker.
But this is also the story of an abused child who turned into a strong young woman, who learned to stand up for herself and from what the book says is now a happy mother and grandmother. I am glad it had a happy ending.

Never A Hero To Me is available on Amazon Kindle as an ebook for £3.99 here.

This site uses Akismet to reduce spam. Learn how your comment data is processed.